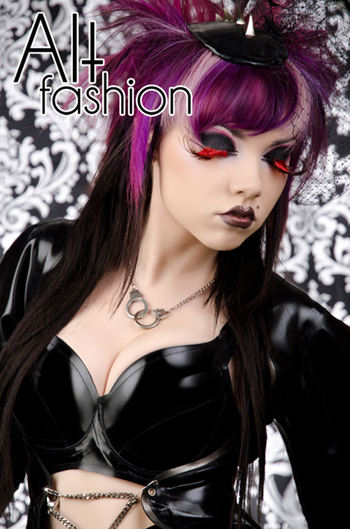 The site launched in March 2006; covering alternative fashion of all sorts in the country, from regular news updates, as well as city features, & articles on alternative styles. It was the result of months of research, tottering around cities armed with a compact camera, and a few pleading emails to raid shops in the north; thus Alt fashion was born.

Following the success of the launch, and with astounding feedback from sites and readers, work went under-way to expand with a printed magazine to run alongside the site.

With a small army of contributors, and companies lined up to produce content for the first edition Alt fashion magazine was launched in July 2006. Covering a broader and more descriptive range of content from the site; looking at companies, features, and photo shoots. 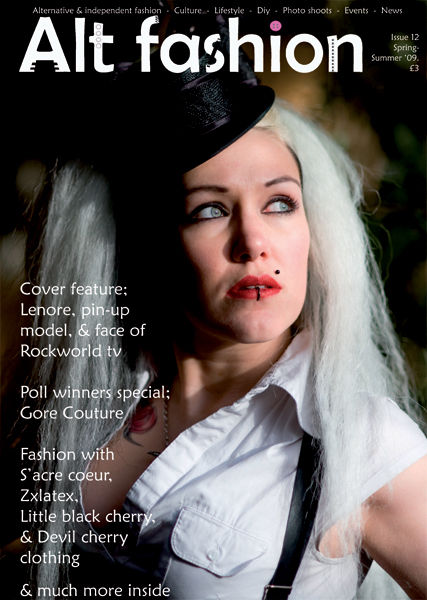 Alt fashion magazine was received with open pvc clad arms by companies, sites, and readers across the country. With such a warm welcome, the magazine continued, running with a 4 issue print run per year.

Not long after the links directory site; Alt Fashion Directory was also born, following an influx of interest from alternative companies for link requests to the site.

Since then the zine grew & changed plentifully; going on to cover a wide range of designers, and shops. Alongside features from events, artists, articles of interest, and much more.

Towards the end of it's run it became a digital only publication, focused on more editorial content, and fashion features, with the final issue of the magazine being released in 2013. 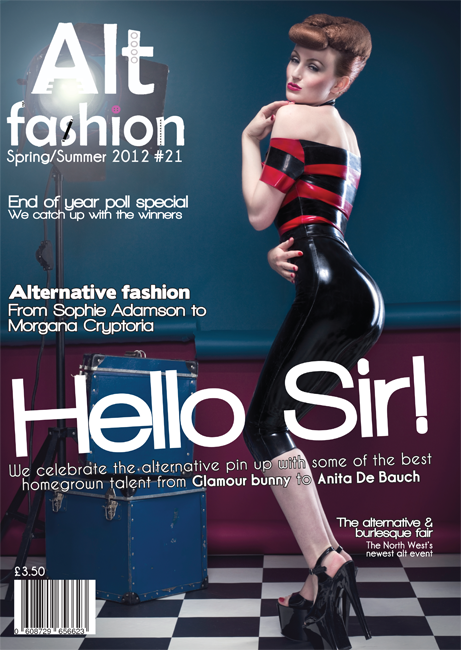 Today, Alt Fashion continues to fly the freak flag for alternative fashion here on our website. Covering not just alternative, but also independent fashion relevant to the scene.

With such competition in the mainstream marketplace today, the need to find something truly original & fitting to your own personality is still crucial. Here at Alt fashion we try to merge the two; showcasing unique talent, alongside features on more well known alternative brands.

It doesn't stop there either, we still regularly update and maintain our handy directory site. Providing visitors with a helpful guide to alternative shops in their area, as well as listing alternative web shops by style. So you can find something that's as unique as you are!

Need to get in touch? : Contact us here at Alt Fashion

Get in touch whatever your query:

Send us a message to: info@altfashion.co.uk

Please allow up to 24-48 hours for a reply to your enquiry during busy times | Please note that we do not reply to unsolicited marketing emails - these will be regarded as spam.

Got some burning questions? : Find out more about Alt Fashion:

You may want to visit our extensive FAQ page, there we've answered all your possible queries regarding our site.

I Am Attitude - the alternative marketplace