Readers of our magazine will recognise our model feature as a regular section with each issue, well now we've decided to spread the love & appreciation for alternative models over onto our website. 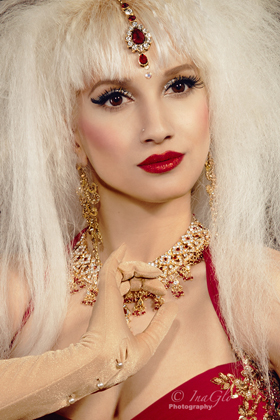 Who better could we think of to kick start this new section than up & coming North West model Sukki Singapora. A well known burlesque performer on the circuit who's also turned her hand to the world of modelling.

How did you start modelling? Was it something that you always wanted to do, or did it just 'happen'?

It just happened to be honest, I did always want to try my hand at it, but I never thought it would be as popular as it has become. It's a dream that it has! Initially modelling was a way of promoting my Burlesque acts, however within weeks of my first shoot being released online it was generating interest, and before I knew it I was getting just as many requests for Burlesque as I was modelling. It was a complete shock, but a fantastically exciting one. I'm now lucky enough to have been published in America, Singapore, the UK and Africa.

How drew you towards alternative modeling?

As both a model and performer it was Kalani Kokonuts who made me realise that I could work with my Asian roots to create a look in the alternative scene which did not have to fit the moulds of the 'classic' Betty Page, Marilyn Monroe or Dita pinups. I think one of the first ever alternative photoshoots I saw was Kalani's Jessica Rabbit shoot. I remember thinking she was one of the most elegant and beautiful women imaginable, and wanting to recreate that 1950's look with a twist of olive skin and exotic glamour.

Do you have any fellow models or heroines who have inspired you?

Goodness, I am constantly inspired by those around me. I think if I had to mention any specifically over the last year, Evie Lovelle, Erochica Bamboo and Aishwarya Rai have all captured my imagination.

What kind of shoots would you like to work on in the future?

There are plenty of projects I'd love to explore, and many photographers I'd love to work with. At the moment I'm really enjoying representing Burlesque, Vintage and Alternative fashion designers. If I can keep doing that for increasingly ambitious designers, I'll be exceedingly content. 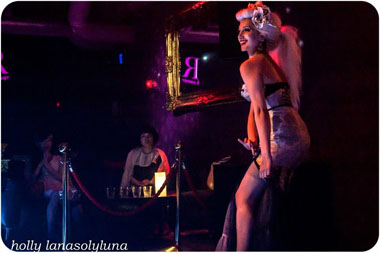 What has been your biggest modelling achievment so far?

It's about to happen... so watch this space..! I can't tell you any more than that just yet! But I think aside from upcoming projects, having my front cover shoot for Network She Magazine reach Africa was an amazing moment for both myself and the photographers I was working with at the time. Reaching a global audience was always something I wanted to do.

How did you discover your paticular interest in alternative fashion?

I think it was in my early teens that I began to discover my identity and experimented with vintage style and fashion. I think it was a way of channelling my creativity and expressing how I felt being of mixed nationality. Dressing differently was the perfect outlet for feeling different, I suppose. It became a hobby, and that hobby turned into a passion. Years later, it has brought me to where I am today.

Are there any companies or designers that you'd like to work with?

Of course! I'd love to perform in the opening ceremonies for one of the European Fashion Shows, as they always seem ridiculously glamorous and exciting. Likewise I'd really enjoy working with some of the 'up and coming' designers in Singapore, supporting local new creative talent. At the moment I'm very much enjoying modelling for alternative British designers and companies, so I've been fortunate enough to have some of my modelling desires fulfilled already!

What are your goals & aspirations for the future?

I'd love to be able to become a full-time professional performer and model. Like most people who start out in this industry, I'm having to juggle between a day job and my real passion in life. I'd like to be able to do what I love every hour of the day without the compromise on time. Fingers crossed that dream isn't too far away!

You can find out more about Sukki Singapora & her work over at www.sukkisingapora.com